7 Myths of the Dutch bankruptcy petition 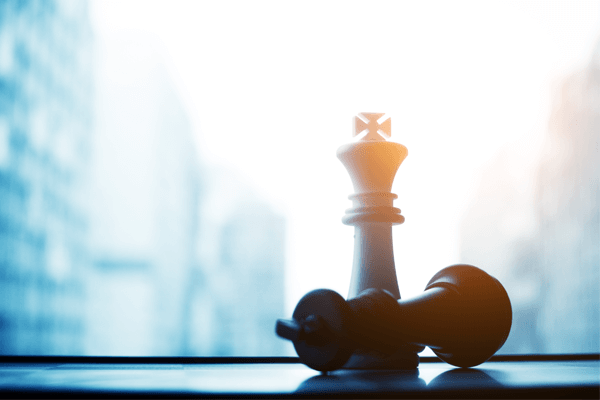 Your Dutch debt collection lawyer submits a petition of approximately 2 A4 sheets, in which you briefly explain that your debtor refuses to pay. A court hearing will take place within three weeks, which consists of an oral hearing that lasts no longer than 5 minutes. The Dutch court will then decide if your debtor will be declared bankrupt or not.

During the court hearing, you do not have to be present in court. Your Dutch lawyer will represent you on your behalf. Your debtor, however, will be requested to be present in court. Based on my experience, I can imagine that a debtor would also want to be present. I can imagine that it would be very stressful for a debtor when receiving a formal letter to be summoned to court. In most cases, this is when the case starts to move forward. Under pressure of impending bankruptcy, many debtors still pay at this stage. Usually, the bankruptcy petition is withdrawn, meaning in a successful goal competition, as the outstanding invoice has been paid.

Myth 1: The bankruptcy petition cannot be used as a means of debt collection

This myth is believed amongst both debtors and many lawyers. They claim that, according to the law, the bankruptcy of a company is intended to distribute its assets to its creditors. If your sole purpose is to get your own claim paid, you are abusing the law. However, the Supreme Court in the Netherlands, which is the highest legal body in the Netherlands, has clear rules on this matter. The bankruptcy petition may indeed be used as a means of debt collection.

According to some lawyers, it is against the law to threaten to file for the bankruptcy of a company. Of course, it is not permitted to simply threaten a bankruptcy petition. You are only allowed to pressurise your debtor and clarify that this is an alternative provided the debtor refuses to pay. Only a lawyer is authorised to file for bankruptcy. That is why regular debt collection agencies and bailiffs are unable to apply for the bankruptcy petition. You will need a debt collection lawyer who is familiar with the Dutch legal system to so on your behalf.

Myth 3: I will lose my money if my debtor is declared bankrupt

Myth 4: At least two creditors have to apply for the bankruptcy petition

Myth 5: The aid claim must support the bankruptcy petition

This claim is also false. Often the person who is mentioned as the aid claim to support the bankruptcy petition does not even know that they have been mentioned as an aid claim. This person most certainly does not actively participate either. In most cases, the opposite applies. If we approach another creditor, they want to be guaranteed that their company is left anonymous during the oral court hearing. This is usually the case if that creditor has some form of payment arrangement in place.

Myth 7: If my debtor is really declared bankrupt then I will lose all my money

And indeed, if the bankruptcy petition does not result in payment and the bankruptcy is pronounced, then it is likely that you will have to wait for your payment until the most important stakeholder has been first. The tax authorities are prioritised as the preferred creditor. It is likely that you will either be able to retrieve a portion of the claim or you will simply have to write off your claim…

But what many customers do not know is that the costs you incur in filing for bankruptcy are highly preferable. This means that your costs are ranked directly after the tax authorities, meaning that ere is a chance that your costs will be paid. A debtor can also lodge an appeal against the bankruptcy that has been declared. Though some debtors are perfectly capable of paying the outstanding invoice, they underestimate the bankruptcy petition. In most cases, your debtor pays the outstanding claim after the bankruptcy petition has been applied. The application is then withdrawn.

Would you like more information about the bankruptcy petition? Feel free to contact me. I will be happy to help you further.