Suggestions if your Dutch customer is not paying: 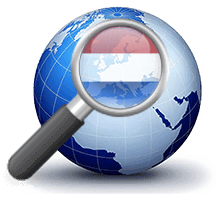 Our Dutch debt recovery lawyers have extensive experience and knowledge of Dutch legislation and regulations. In addition, they are fully aware of commercial traditions and culture in the Netherlands. That makes it easier to get your Dutch debtor to pay quickly.

Our lawyers speak both your language and Dutch, which allows them to overcome language barriers with ease.

Our commercial debt recovery approach is customised to each unique case, and we provide you with tailor-made advice.

We will always give our honest advice on the chances of success in your debt recovery matter. Putting your interests first is important to us; we endeavour to provide you with your options, as well as our advice on the best route to take. It’s easy to see how we put our core values of integrity and justice into practice.

The Debt Collection Process in the Netherlands

In principle, we always start the debt collection process with the extrajudicial phase. During this phase, we try to avoid the need to go to Court, as this can be expensive. We will contact your Dutch debtor to demand payment.  At this stage, we have the following options:

If your debtor refuses to pay during the extrajudicial phase, after discussion with you, we can go to Court. We will always provide you with information in advance regarding the potential costs, and we only proceed with your permission. In the Netherlands, there are a number of legal proceedings you could commence to collect your claim. The most important procedures are explained below:

Why choose for Bierens?

We have helped over 24.000 companies all over the world
from small businesses to multinationals