Do you have a British customer who is not paying your company invoices? Our debt recovery lawyers have the means to make your debtor pay as yet. From the moment you hand your debt recovery matter over to us, we will do our utmost to collect your money. We, a debt recovery law firm, have more than sixty years of knowledge and experience at our disposal to assist you with your commercial debt recovery.

Suggestions when your customer is not paying: 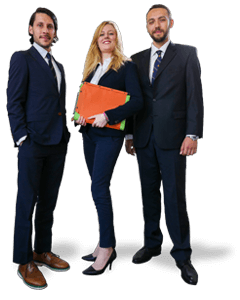 We will always provide you with straightforward advice. We inform you of your options, your best route of action and your likelihood of success. Our core values are integrity and justice which is why we always put your interests first: it's important to us.

Our commercial debt recovery approach is customised to each unique case, and we provide you with tailor-made advice.

We will always give our honest advice on the chances of success in your debt recovery matter. Putting your interests first is important to us; we endeavour to provide you with your options, as well as our advice on the best route to take. It’s easy to see how we put our core values of integrity and justice into practice.

In principle, we always start the debt collection process with the extrajudicial phase. During this phase, we try to prevent Court intervention. We will contact your debtor to ensure that your debtor pays as yet. At this stage, we have the following options:

If the debtor does not pay within a set period of time, we can, in consultation with you, commence legal proceedings. We will always provide you with information in advance regarding the potential costs, and we only proceed after obtaining your permission. We have the following options to proceed against your debtor: